10 years ago, almost to the day, I was enjoying friends and family who had just helped celebrate my wedding to Roderick Lloyd McDougall. Although we were married on October 24, 2009, it was a Saturday. Today is a Saturday, so I went by the church where we celebrated to revisit some memories.

It was raining when I woke this morning, and it is still raining now, well into the evening hours. A steady rain, not a storm, but heavy enough that streets were passing from the unexpected puddle stage to the full-blown flooded stage. A similar rain was falling my soul.

Returning from a meeting in another town I took the long way home so I could stop at the church.

Although my memories of that day are nearly all good, I anticipated having a good cry when I arrived.

Once there, though, there were no tears.

Only the memories. Precious memories, how they linger. . .

It is a song that was one popular at funerals.

Remembering what I wore as Rod and I started our journey to Pigeon Forge that evening. It was a gift from the pastor’s wife, a purple sweater knitted out of some scrumptiously soft yarn, and I think I was wearing jeans. Rod was dressed comfortably, too. He had not at all enjoyed the feel of his tux and was happy to dress back down to his more casual— 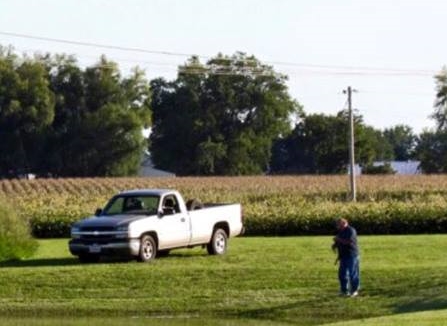 so from where Rod’s truck was parked that night when I climbed into the passenger seat next to my new husband who was old-fashioned enough to insist on driving the whole way, I allowed the memories full reign.

I remembered a time several hours earlier in the day, early afternoon, getting ready in the small apartment in the church with my daughter and my best friend, maid of honor and bridesmaid respectively. One thing weighed heavily on my mind.

I sent my daughter out into the church more than once to check on him. He was late, but. . . finally he was there.

I could breathe a little easier.

Knowing not what the years may hold. . .

Why was I so worried? Didn’t I trust the man I was about to marry?

Life had given me reasons, many of them, to not trust. I trusted God, but I had a little more difficulty with his most precious creations.

Even this one, the one I was about to marry, had let me down 5 years earlier by breaking my heart when he came to realize it was too soon after his wife’s death to be involved with another woman; he wasn’t ready.

What if he still wasn’t ready?

This time he was, and it was such a good thing. We had 6 years, 3 months, and 19 days together. At the end of that time, God determined that Rod’s purpose on earth (and I believe those last 6 years were mainly the restoration of my wounded soul) was complete. Did you know another word for complete is perfect? Rod’s work was both complete and perfect, and he got to go home. He was 1 week short of his 56th birthday. 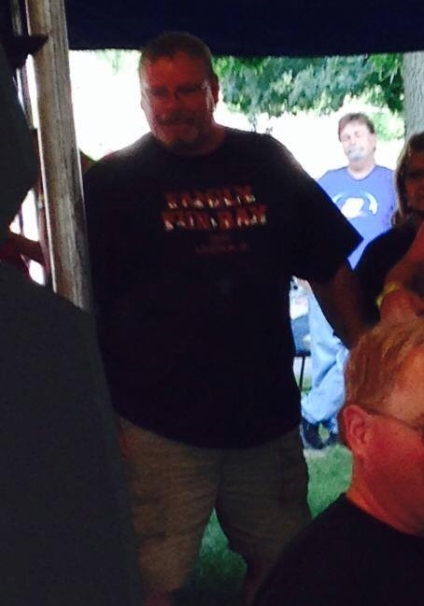 My work is not done. I am still here. I don’t have a complete picture of what that work will be. Except for this. When I became Rod’s wife, my name changed from Jacqueline Lisa Stauffer-Taylor to Jacqueline Lisa McDougall (initials JLM which also stand for Jesus Loves Me). Rod is no longer with me, but JLM remains. Jesus Loves Me. What an identify, one which had always been mine, which Rod helped me understand and which remains.

Unseen angels from somewhere to my soul. . .

For those of you who like math and dates (as I do) you have probably figured out that Rod was a Valentine’s baby, born February 14, 1960.

Love and miss you, my seen angel. 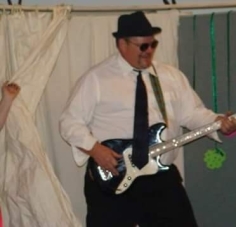 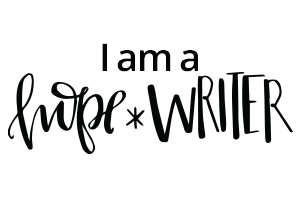